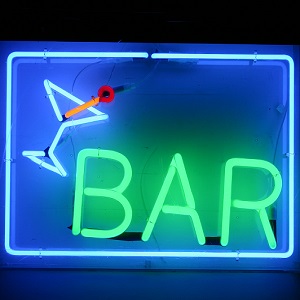 [Blind Gossip] This funny guy is just the gossip gift that keeps on giving!

We’ve told you before that his devoted family guy act is totally fake. Well, let’s talk about what he was doing on a very recent night. Of course, he wasn’t home having dinner with his wife and reading his kid/s a bedtime story.

When he arrived at the bar in this large city, it was after midnight, and he was already a combination of very drunk and very jumpy. He had no intention of slowing down, though. He spent a couple of hours at the bar, drinking and singing along to the jukebox. He was not alone. A bodyguard was with him, keeping a watchful eye out for anyone who might try to take an incriminating photo of him.

At some point, our funny guy took a little trip to the bathroom… where he openly proceeded to pour out a bump of c*caine onto the side of his fist and snort it! There were a couple of other men inside the bathroom at the time, witnessing all this.

“[He] didn’t even seem to care that there were people there watching him do this. That’s how f*cked up he was. One of the guys took out his phone to snap a pic, but the bodyguard immediately grabbed the phone and pushed the guy out of the bathroom.

The guy was pounding on the door trying to get his phone back, but the bodyguard was holding the door closed, scrolling through the phone, deleting sh*t. When [the bodyguard] was done, he opened the door and just threw the phone at the guy.

[Funny Guy] didn’t even seem to notice that this was happening. It’s like 3:00 am on a weeknight in a bathroom in a bar in [city], and this famous guy is drunk and coked up to the point where he can’t even stand up and doesn’t care about anything that’s going on around him. [He] just kept doing bumps and wiping his nose and jawing and singing to himself and stumbling all over the place.”

Gosh, when a person is that completely wasted like that, they need to be really careful… or they could wind up injuring themselves.