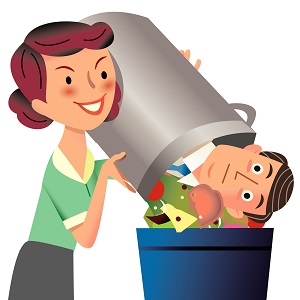 [Blind Gossip] When a marriage falls apart in the world of entertainment, you always hear the same excuses, don’t you?

We’ve grown apart. We don’t have anything in common anymore. We are both traveling so much. Our schedules made the relationship impossible.

It’s rare that the couple will trash each other in public (especially in the early stages) with accusations of drugs, alcohol, sex, infidelity, etc.

It’s pretty much the same in the world of politics. When you hear about this high-profile divorce, just know that you’re going to get an excuse from the first group of excuses.

The trash will come later.

[Optional] Good idea that they divorce?