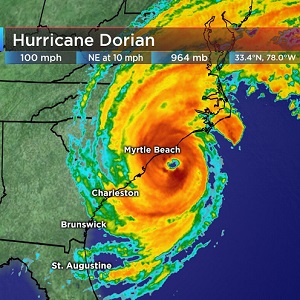 [Blind Gossip] If celebrities help out after a natural disaster, they may be doing so out of the goodness of their hearts or as a way to get good publicity.

This famous family, though, is behaving in a way that is beyond either of those two options!

We are hearing this from a location that was impacted by Hurricane Dorian:

They have their own group that they are calling [redacted] and they were behaving very aggressively. They were armed and had some sort of sheriff’s badges.

They started commandeering vehicles and fuel and tons of humanitarian supplies from the other legitimate humanitarian groups that were there, saying that they were authorized to take what they wanted. Plus they were armed! Then they would not allow anyone from the other relief teams to travel with them to make sure the supplies got to their destination, which was very suspicious.

When a government official tried to stop them, they claimed they had a “diplomatic note authorizing their actions.” However, they could not produce it.

Their behavior has been so aggressive and disturbing that legitimate NGOs (Non-Government Organizations) that are authorized to do relief work in the area are now filing complaints about the family!

[Optional] Why do you think they are behaving this way?