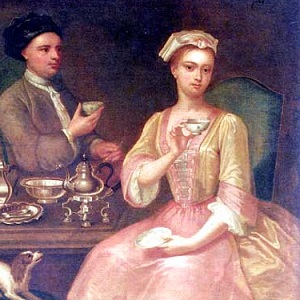 [Blind Gossip] A well-known senior executive in the music industry is claiming he dated the daughter of one of the most famous men in the world.

Are you kidding me?!? Ha ha ha. NO. Hell no. She’s going to be grossed out when she hears that.

Not many people know this, but she only had like three or four boyfriends before she got married! All young, rich, well-connected. She was very careful about who she dated because she knew it would get publicized.

She did love to meet executives across the business, fashion, and entertainment worlds, but there is no way she had a romantic date with him. She was always saying, “Oh, I had lunch with such and such C.E.O. the other day,” or “Oh, I had dinner with such and such fashion designer the other night.” She knew how to network and get people to talk about business ideas with her. Her name could get her a lunch or dinner with anyone she wanted. Male, female, young, old, didn’t matter.  She was smart about always going to a public place with them and leaving separately. She’s a nice person, but a little prissy and self-conscious. Always sits up straight, doesn’t drink, smoke, do drugs, swear. Doesn’t like it if you get too friendly/familiar with her too fast. If some old man tried to make a move on her, it would gross her out, but she would definitely know how to get out of it gracefully and she would not be the one to run the gossip columns and rat him out.

It is crazy that [this executive] is claiming to have dated her. Don’t expect any negative blast from her, though. She’s smarter than that.

[Optional] If two single people go out to lunch or dinner together, is that automatically classified as a date?