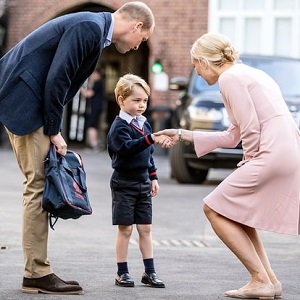 [Blind Gossip] This film star was at the Emmy Awards. He was not nominated for anything. He was there to support his girlfriend, whose project was up for one or more awards.

It’s great that he is such a supportive boyfriend. If only he was that supportive of his actual family.

A few weeks ago be promised his [child] that he would be there for their first day of school, but he skipped it to go on vacation with his girlfriend instead. [His Wife] was really mad when he said he wasn’t going to make it.

His priorities are puzzling. Even Prince William somehow found the time to accompany his child to his first day of school!

[Optional] Big deal or no big deal that he missed it?