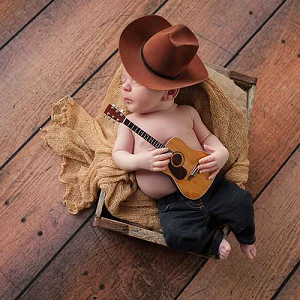 [Blind Gossip] We told you the story from the beginning about how this female country star sank her man-eating teeth into a married musician.

The country star went so low as to harassing his wife into giving her husband a divorce.

Long story short, the wife did give her husband the divorce… but then he and the country singer broke up!

Country Singer went on to marry some other random guy five minutes later.

That left Male Musician out in the cold. No wife. No girlfriend.

Our story has come full circle!

Male Musician went crawling back to his ex-wife.

He begged her to give him another chance.

She graciously agreed under the condition that he give her something in return.

What did she want?

We do not know if they will be remarrying.

Congratulations to the couple!

By the way, Female Country Singer is still married. No baby yet, though.

[Optional] Do you think Country Singer will have children? Will she be a good mother? 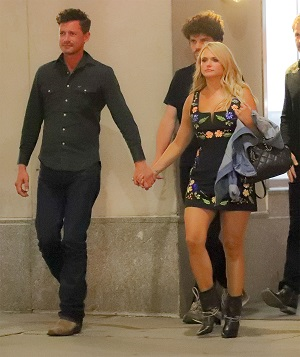 Your friends at Blind Gossip were the first to tell you a few years ago that singer Miranda Lambert was fooling around with her married tour mate, Evan Felker of the  group Turnpike Troubadours.

BG was also the first to tell you that Miranda Lambert began harassing Evan Felker’s wife Staci Felker because Miranda wanted them to get divorced in a hurry (see A Low Singer for details). 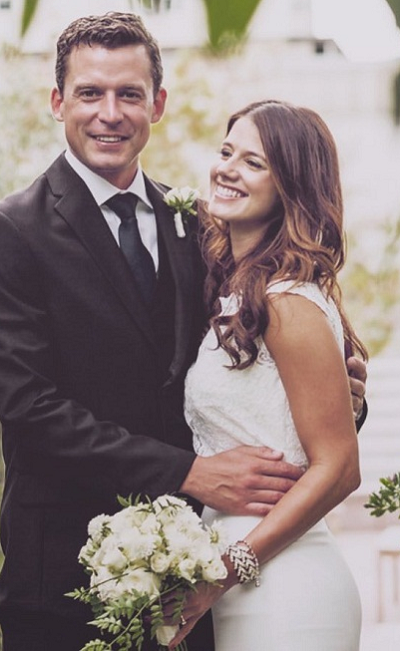 Evan Felker did eventually divorce Staci Felker to be with Miranda Lambert.

However… Miranda Lambert and Evan Felker did not make it as a couple!

The timing was almost laughable.

All that for nothing! 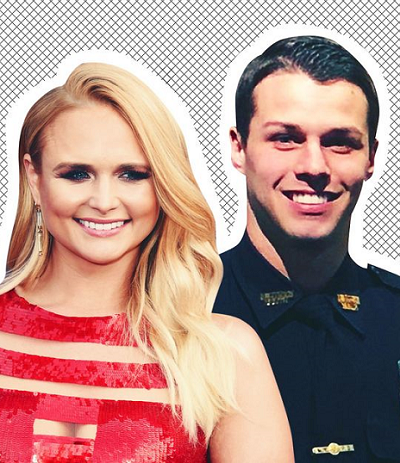 As far as we know, they are still together.

What about Evan Felker?

Evan Felker got sober – which he claims was the cause of his troubled behavior in the first place – and went back to Staci Felker.

Your friends at Blind Gossip told you back in October 2020 that the couple had not only reunited… but were going to have a baby together!

Today’s update is a happy one and solves this blind item.

Evan and Staci Felker were pregnant back in October 2020… and just had a baby girl!

Evan Felker is a dad.

On Tuesday, the Turnpike Troubadours singer’s wife Staci revealed on Instagram that they welcomed their first child together, daughter Evangelina Hartford Felker.

“Y’all welcome my husband #EvanFelker back to my grid after a few years off. He’s here to introduce our first born ♥️,” the new mom captioned a gallery of photos showing off the baby girl and their family of three.

We told you about the reconciliation and the baby last year, but all this does come as a surprise to those who don’t read Blind Gossip.

Here’s a close up of Baby Evangelina. Cute!

In the comment section, Staci’s famous followers reacted to the baby news, including Big Brother alum Elena Davies, who wrote, “OH HERE WE GO 😍😍😍😍😍😍😍😍 I LOVE YOU ALL!!!! I’m glad I don’t have to keep that perfect little angel a secret anymore!!!!!!! ❤️❤️❤️❤️”

…According to an insider, he served his wife with divorce papers just 15 days after meeting the singer in person for the first time, and on Aug. 17, a source confirmed that Felker and Nelson’s divorce was finalized.

Later that August, Lambert confirmed in an interview that she was newly “happily single.” She later met Brendan McLoughlin in November 2018, and the pair tied the knot soon after, in January 2019.

You can read about this entire crazy saga at the “Related” blind items listed below.

Congratulations to Evan and Staci Felker on their new baby girl!

And congratulations to Sleepyandconfused for being first with the correct response!

Related: He Will Not Play Second Fiddle