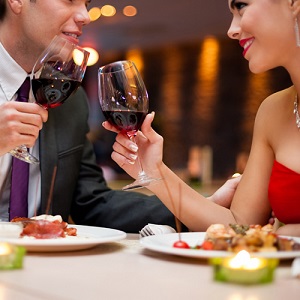 [Blind Gossip] These two celebrities had a quiet dinner together the other night at a restaurant in Los Angeles. They arrived and left separately, so they weren’t trying to showcase themselves as a couple…. but they are definitely up to something!

It’s a rather odd pairing.

He is very famous in the music world and used to be married to a reality star. She is a business woman and the mother of reality stars.

We’re not convinced it was a romantic date. Although they are both single and wealthy and famous, he usually likes models and actresses and singers. In fact, his last ex-wife was a model.

Speaking of his last ex-wife, she would be really irritated if she found out about this dinner date… because she always saw the business woman as her rival! Ex was quite the copycat, too, always trying to see what Business Woman was doing and trying to replicate it in her own family, with her own kids.

Were they on a romantic date? Were they planning some sort of project together? Or are Music Guy and Business Woman plotting to take down Copycat Ex?

Can’t wait to see what these two are up to!

[Optional] What do you think is going on with these two? 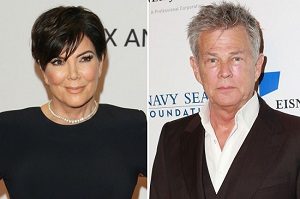 Well, that was fast! Just a few hours after Blind Gossip ran this blind item, someone spilled to the media that David Foster and Kris Jenner went on a “date”!

The public reports are claiming that it was a romantic date and the two were seen holding hands.

Did Kris Jenner and David Foster go on a date?

When diners at LA hot spot Craig’s saw Kris Jenner and David Foster at an intimate meal together, they assumed the pair were on a date.

A spy said they were “holding hands” and “Jenner kissed Foster on the cheek.”

But the reality TV elders are practically related. Kris’ ex — now Caitlyn Jenner — was married to David’s ex, Linda Thompson. So Kris and David are both stepparents of Brody and Brandon Jenner.

We hear they’ve been friends for years.

There is a lot of mixed messaging in there. Holding hands, kissing, practically related, friends for years, still dating others.

One of David Foster’s ex-wives (Linda Thompson) used to be married to one of Kris Jenner’s ex-husbands (Caitlyn Jenner), so they did cross paths at stepson Brandon Jenner’s wedding, but the “friends for years” label is a stretch.

David Foster, 67, has been married four times and has eight children and many ex-stepchildren (including the Jenner boys and the Hadid kids). He recently dated supermodel Christie Brinkley, 63, and singer/actress Katharine McPhee, 33.

Kris Jenner, 61, has been married twice and has six children and at least four ex-stepchildren. She is either dating or not dating her assistant Corey Gamble, 36.

Time will tell whether this dinner was about friendship, romance, business… or revenge!

Related: The Next Kris Jenner