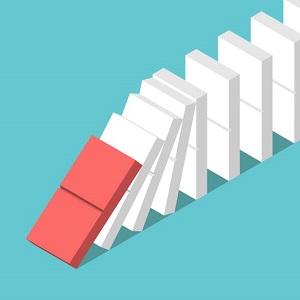 [Blind Gossip] It’s that time of year when new TV shows are being announced and others are being cancelled.

There’s something really interesting going on with two of the established shows, though.

This producer had multiple TV shows on the air.

One show may have created some controversy… but now TWO of his shows are being cancelled!

The cast of the second show is shocked by their cancellation. They didn’t see it coming.

The network feels that the [controversy on the first show] got completely out of control. He couldn’t contain the rest of the cast and he did a poor job of crisis management. That’s why they are looking to cut ties with him by not picking up [his other show] for renewal.

So, while the producer may not have caused the controversy, he did a poor job of managing it.

One other thing. We noticed that when both of the now-cancelled series were starting, the hotshot producer’s name was always mentioned in the first sentence. They were his shows. Now his name seems to be left out of most articles, or simply mentioned in some inconsequential way.

Seems like the network is distancing themselves from him… and his publicists are now distancing him from his shows!

[Optional] Is the network doing the right thing by cancelling two of his shows?