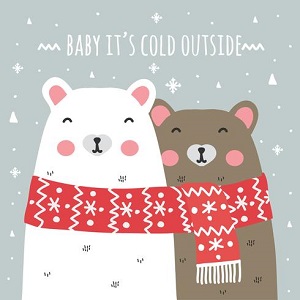 [Blind Gossip] You might have heard the controversy surrounding the classic holiday song Baby It’s Cold Outside.

Some think that the song is misogynistic and offensive and should not be played. Others – including Dean Martin’s daughter, Deana Martin – are defending it as a sweet and flirty song.

Since the controversy, sales of the song have skyrocketed. In fact, it’s currently one of the top ten digital downloads.

This celebrity couple is talking about cashing in on the controversy by doing a quick version of the song together!

They think that the fact that they are a couple  – along with a couple of changes in the lyrics – will make the song better and give them a big hit that will resell year after year.

There’s a problem, though: Only one of them can actually sing!

Similar: The Singer And The Angel

[Optional] Do you find the original song offensive?