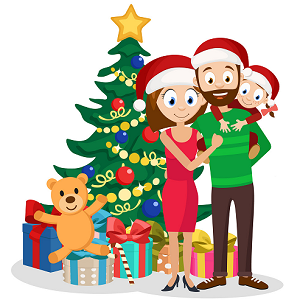 [Blind Gossip] This is about one of the most famous athletes in the world.

Their relationship with one of their children is portrayed as one thing, but it’s actually the opposite.

You see, our parent went through some changes in the past few years.

One of the athlete’s children pretended to be supportive in public. The truth is that she stopped speaking to The Athlete.

What’s interesting is that this particular child (who is now an adult) always tries to position herself on TV and on social media… as The Nice One!

Other people are bad and horrible, but she is always the warm, understanding person, rising above and taking care of everyone in the family.

It’s not true. It’s just what she wants you to believe.

This isn’t the first time she’s done this, either.

She did the same thing to [Two Exes]. She went on TV and on social media and pretended to be the most understanding and loving person in the world. But she was nasty and vile to them in private.

Don’t they recognize that she does this?

They are both so confused and want public acceptance that they think she actually means it when she is “nice” to them and talks baby talk to them. Then they praise her in return. She is very manipulative.

She has been phony about the situation with her parent as well.

She won’t talk to [The Athlete] and she doesn’t even want to be in the same room, but she definitely doesn’t want anyone to know that.

So now that The Athlete has been telling the truth about their estrangement, what will our TV Star do?

She is pissed that [The Athlete] went off unscripted!

Now that people know they haven’t talked in years, she has to do damage control. She wants to do a photo op by Christmas.

So, probably not a real reconciliation. Just a phony reconciliation staged for a photo op so that she doesn’t look like the bad guy. The Athlete will probably play along, though.

Our TV Star’s “nice” personality is as phony as her body.

And her holiday pies.

[Optional] Why do you think she behaves this way?