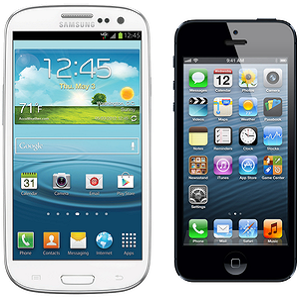 [Blind Gossip] This married couple consists of two well-known actors, both over 40.

They attended a very traditional Thanksgiving dinner together.

The dinner was going well until the subject of mobile phones came up.

He said that he lost his cell phone and that his wife had just gotten him a new one. He was annoyed that it wasn’t the same cell phone that he had before.

Long story short, he used to have an Apple iPhone but his wife replaced it with a Samsung Galaxy phone.

He was going on about functionality and features and how his wife didn’t appreciate the differences. She seemed annoyed and said something to the effect of, “You’re lucky you have a cell phone at all.” Then he glared at her until she shut up.

What was that all about?

It turns out that she had found some intimate photos and text messages from other women on his old phone.

Some of the women looked very young.

He claimed that he didn’t know them and had no idea how they got his number or how the photos got saved to his phone.

She thoughtfully relieved him of that phone and gave him a new one with a different number… to which she now has access.

So, in this case, Samsung won!

Similar: You Have To Hand Over Your Cell Phone

[Optional] Are you Samsung, Apple, or other? Do you and your partner have access to each other’s phones?