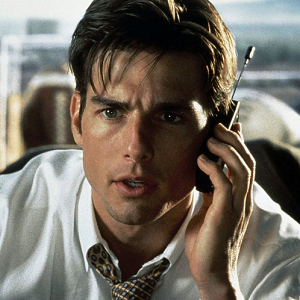 [Blind Gossip] Remember that scene in Jerry Maguire where Tom Cruise’s character is on the phone after having just been fired?

He tries calling of all his biggest clients to convince them to keep him as their agent.

In between calls, he repeatedly yells,”Wendy! Bring me my numbers!”

A similar demand occurs on a daily basis with this actress.

She is closely watching the social media numbers. She is tracking them every day.

The numbers seem to be her way of measuring one aspect of her not-so-friendly rivalry with relatives of the family into which she married in the past year or two.

She is very goal oriented. She is very focused on beating [Her In-Laws’] numbers.

Why is that important?

She doesn’t think the family respects her value. Once she passes their numbers and has more followers than them, it will validate her belief that she and her husband are the more valuable couple.

So, are they close to beating the other couple?

They are within 10%. She thinks they will pass [Her In-Laws] by February. She will pretend that she didn’t notice but her team is going to make sure that the event is reported all over the media.

Well, that’s thoughtful of them.

Having more followers than her In-Laws may bring her – and her husband – some satisfaction, but we don’t really see how it will improve family relations or inspire a reconciliation.

Then again, given how she has been isolating her husband from the rest of his family, that may not be one of her goals!

Perhaps she is just thinking… “Show me the money!”

[Optional] Which couple in that family is more valuable?