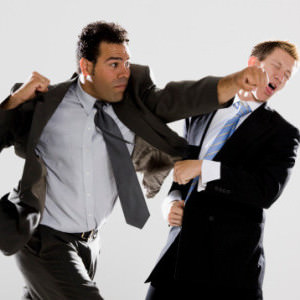 [Blind Gossip] This blind item is about two actors. We’ll call them Small and Medium based on the size of their careers.

Neither Small nor Medium are particularly nice people. However, they are both movie stars, so that makes this story interesting, even if it is hard to defend either one.

Small started out strong in his career. He was still a teen when he landed his first lead role, and was predicted to have a long career as a leading man. He was young, handsome and headstrong.

Most young actors just do what they’re told, but he wasn’t afraid to challenge a director if he felt that something wasn’t right for his character.

After Small’s breakout role, he was cast in a movie with Medium.

Unfortunately, the two didn’t get along on set.

[Medium] and the rest of the cast were partiers. It was like a fraternity. [Small] just wanted to do the work. [Medium] didn’t like that and started harassing him for being unsociable. “You think you’re too good for us?”

It got worse after the cameras stopped rolling.

While it is widely believed that the two actors clashed over manly egos, there was actually a lesser-known (and more petty) reason for the dispute.

[Small] owed one of [Medium’s] friends some money. Not a huge amount. It was about two thousand dollars.

Not satisfied with having harassed Small while on set, Medium felt compelled to continue to go after him off set.

Medium got in the middle of the financial dispute and started to pressure Small to pay back the money to Medium’s friend.

[Small] told [Medium] to stay out of his business. [Medium] wouldn’t back off and kept harassing him.

The movie did very well at the box office and solidified Medium as a star.

Small, on the other hand, found it much harder to get work after that.

Medium even went on to make a sequel of the movie… and purposefully left Small out.

While it might be an exaggeration to say that Medium tanked Small’s career, there was definitely a reluctance in the industry to hire Small that persists today.

Similar: He Will Never Give Up

[Optional] Do you think that Medium behaved appropriately?