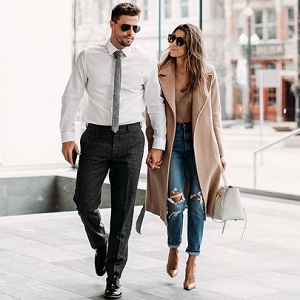 [Blind Gossip] This former boy bander had a P.R. relationship with a beautiful woman a few years back. There was a formal contract and everything.

He got to walk around with pretty arm candy and her profile was definitely boosted by the relationship. She even went from arm candy to actress! Nice.

While they were dating, they got along fine. When the extension was up, they “broke up” and went on to date other celebrities. That’s what they do.

Original Arm Candy was recently caught in an awkward position.

She was between relationships… but Boy Bander had started dating someone whose history and career path was eerily similar to hers! The comparisons between Original Arm Candy and New Arm Candy were immediate.

So Original Arm Candy grabbed a celebrity she had recently broken up with and created a series of romantic and happy photo ops with him to make it clear that she was in a happy relationship, too, darn it!

It was sooo awkward for her to be unattached and to have all these questions coming at her. That is the reason she “reconciled” with [her old boyfriend].

We have no idea if Grabbed Guy knows he’s being used. Then again, maybe he’s using her, too.

[Optional] How long do you think either of these couples will last?