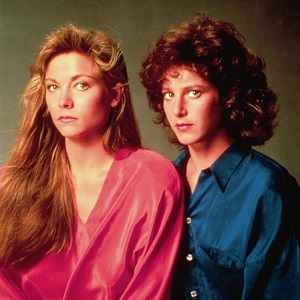 [Blind Gossip] There is a movie from the 1980s that occasionally pops up on cable called Black Widow, starring Debra Winger and Theresa Russell. It’s a femme fatale psycho thriller.

In the movie, Russell’s character ensnares wealthy men by pretending to have something in common with them.

For example, she educates herself about rare coins to ingratiate herself with a lonely (but very rich) middle-aged bachelor who is an expert in rare coins. He is thrilled to find someone who shares his passion for numismatics. She successfully dupes him. They marry. Then she poisons him, takes his money, and sets her sights on an even richer victim. Winger plays the federal agent who tries to stop her.

The tagline of Black Widow is: “She mates… and then she kills.”

Our Black Widow is not quite as extreme. But she actually has a similar technique!

A few years ago, she set her sights on snaring one particular rich man.

Although they both were married, his net worth was ten or twenty times as much as her husband’s net worth. She wanted him bad. She knew that he was really into [archery], so she started taking [archery] lessons. She didn’t actually give a sh*t about [archery], but she needed a way to get to him.

He was impressed and thrilled that she knew so much about [archery] and that she seemed so passionate about it. She talked him into starting a [archery-related] business with her. Since he loves [archery] so much, he thought it was a great idea.

They spent a lot of one-on-one time together in this new business. It got very personal. Their personal relationship didn’t quite work out the way she hoped and he wound up staying with his wife. She came so close to getting him, though!

So, Black Widow’s interest in “archery” wasn’t born of a desire to do something adventurous or fun or different or to learn a new sport. It was all about trading up to that one particular married rich man.

That one didn’t work out. But Black Widow is a tenacious woman.