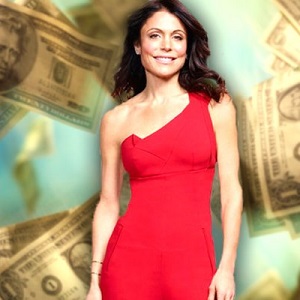 [Time] BG Note: In an interview with Time, Real Housewives of New York star Bethenny Frankel talks about money management… and takes a swipe at some of her RHONY cast mates.

Looking back on a career that saw her parlay an appearance on The Apprentice into a starring role on Housewives and now a coveted guest-investor gig on Shark Tank, Bethenny Frankel laid out for MONEY the most important steps to financial independence.

She’s still hustling—and she wants others to learn to do the same.

“Until my late thirties, everything was just an anxiety and a struggle,” she says. “It’s like the way people feel when they eat something and they don’t feel good about it.”

There were awkward dates where she didn’t want to pay any part of the bill. She felt shame while shopping, with pangs of guilt coursing through her every time she bought a new item, even if it was on sale. All told, she says, she had $20,000 in credit card debt and was no stranger to bouncing checks. “I’d be on the phone begging to get the [fees] reduced,” she recalls.

Now that she has more money than she could ever have imagined, Frankel still hears that “money noise,” as she likes to call it—it’s just not that loud.

Her biggest advice, to herself and to others, is to stay out of the red whenever possible. And when you do take on debt, you should have a large enough safety net to be able to pay those bills—whether a monthly mortgage or credit card balances—at a moment’s notice.

“You can’t put yourself in a position where, if the s–t hit the fan, you couldn’t pay all of your bills at one time,” she says. “If the world came to an end, I would be able to pay for everything. I might not be left with much, but I can afford what I have.”

As for many of her Housewives costars? Frankel isn’t optimistic. “They can’t afford the lives they’re living,” she says. “And if the music stops, they’re going to get in some trouble.”

Similar: She Is Going Broke Being On TV

[Optional] What is the best financial advice you could give someone who is having trouble managing their money?