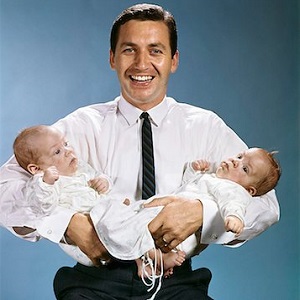 [Blind Gossip] We already told you that this young female singer is pregnant.

Now let’s talk about the surprising identity of the baby’s father!

It’s not either of the male singers with whom she was linked in the past year.

So, who is the father?

He started out as a friend. [Singer] loves the fact that he is older and wiser and a good father. She did not have a great relationship with her own father while growing up so he became like the father she never had. The pregnancy was an accident.

Our Young Female Singer has been hiding the pregnancy so far with her hands, with handbags, or with loose outfits.

Why is she hiding it?

Well, there’s a problem. Young Female Singer’s boyfriend broke up with her as soon as she disclosed to him that the baby was not his. So, he definitely knows. But there are two other parties who will be affected by this who have not been told yet.

First of all, Actor has a celebrity ex-wife. Ex-Wife needs to be told because they share a child/children together.

Secondly, Actor currently has serious girlfriend. And he knows that there are going to be some major fireworks when Current Girlfriend finds out that he got another woman pregnant.

Why will she be so upset?

Because Current Girlfriend is pregnant, too!

[Optional] How do you think Actor’s Ex-Wife and Current Girlfriend will react when he tells them?

See Baby Baby Baby: Part 3 for all the details!