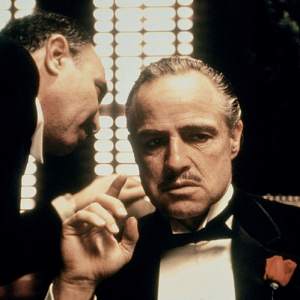 [Blind Gossip] This couple divorced and moved on years ago.

So we were really shocked to hear that this Reality Star’s Ex-Husband took out a hit on her New Husband!

Like Tonya Harding hiring someone to take out Nancy Kerrigan’s knee in the 1990s. 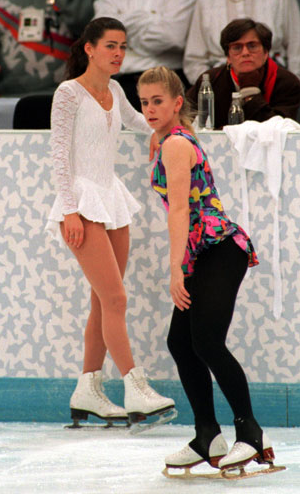 Or John Gotti (“The Dapper Don”) organizing a crew to take out Paul Castellano (“Big Pauly”) in the 1980s. 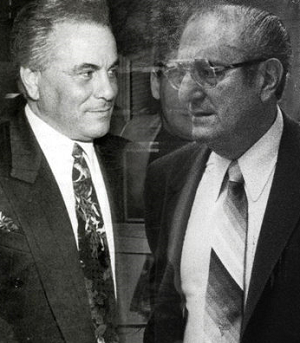 This event didn’t turn out as gory as the episode at Sparks Steak House in Manhattan, but it is interesting nonetheless.

We’re not just talking about the mob-like element to all of this.

You see, we happen to know that the marriage of Reality Star and Ex Husband was a fugazi.

Reality needed money. He needed a beard. So Reality’s sister set them up and they got married.

Reality did the reality TV thing but you never saw Husband on the show. That’s because he lived across the street with his boyfriend.

Reality and Husband eventually divorced and Reality married some other guy.

That’s what makes this crime fascinating. This is not the case of a jilted lover seeking revenge.

Since their former marriage was a fake, why would Ex Husband feel the need to declare war against her New Husband?

Given that the Ex Husband’s sexual preferences were supposed to be a big dark family secret, we can’t wait to see the attorneys go to the mattresses during this trial.

Now that would make for good reality TV!

Similar: So Much For Family

[Optional] Why do you think Ex Husband took out a hit on New Husband?

Previous Post: « When The Parent Wants To Be The Star
Next Post: Nice House And Fake Tears »