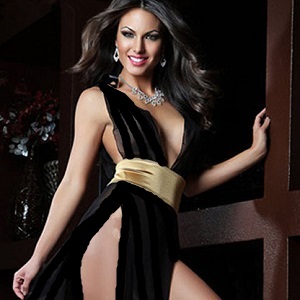 [Blind Gossip] This scantily-dressed model with the familiar last name wanted to have her photo taken at an after party with one of last night’s Academy Awards nominated/winning actors.

She didn’t come up to him herself. It was somebody asking on her behalf (maybe her publicist?).

Anyway, he flat out rejected her! [His date] also gave [The Model] the side eye, like, “I know what you are trying to do and it’s not going to happen on my watch!”

Guess he didn’t want her putting some photo on Instagram pretending that she is friendly with him.

It’s just as well. He is at the top of the Hollywood food chain. No matter how famous the model is, she will never be in his class!

[Optional] Did he do the right thing?