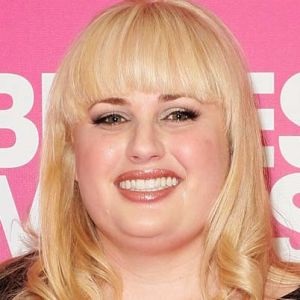 [BBC] Australian actress Rebel Wilson is the latest Hollywood star to reveal her experience of sexual harassment in the entertainment industry.

In a series of tweets, she alleged that “a male star in a position of power” had repeatedly asked her to perform an obscene act. 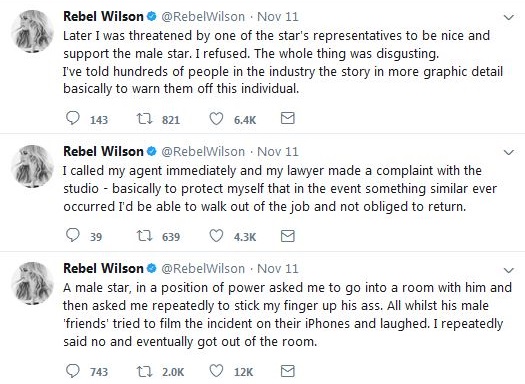 “I refused. The whole thing was disgusting,” she said.

Wilson said the unnamed star’s male friends had attempted to film the incident before she left the room.

She complained to the film studio about the encounter, but says she was later “threatened by one of the star’s representatives”.

The Pitch Perfect actress also recounted a second incident which she described as a “hotel room encounter with a top director”. 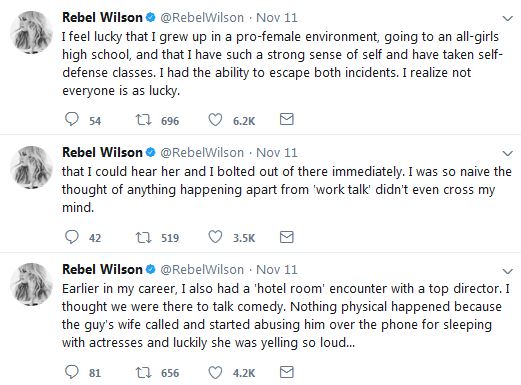 “Nothing physical happened because the guy’s wife called and started abusing him over the phone for sleeping with actresses… I bolted out of there immediately,” she said.

Wilson added: “If I witness this behaviour, whether it happens to me or someone I know, I will no longer be polite.”

A growing number of sexual misconduct allegations have been made against public figures in recent weeks.

The allegations have been sparked by multiple women speaking out against the Hollywood mogul Harvey Weinstein, and a subsequent campaign encouraging victims to share their stories of sexual harassment under the #metoo hashtag.

[Optional] Which part of the first story was most appalling? The actors’ request… his friends laughing and filming the incident… or the male star’s rep threatening her?