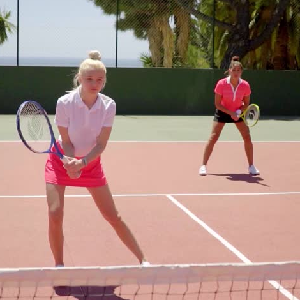 [Blind Gossip] This famous male pop star has been in desperate need of guidance for the past few years.

He almost lost his way due to drugs and alcohol and a lack of strict parental guidance.

A man who is the head of a large organization started playing father figure to him.

The Pop Star started spending a lot of time with the man and his wife and supporting their organization. They became his “other” parents. Pop Star even lived at their house for weeks at a time!

Of course, the couple loved how much attention Pop Star brought to their organization.

Father Figure recently lamented about a problem with his health. Of course, he made sure to put it on social media to make sure he got maximum publicity out of it. He said it was very serious and asked people to pray for him and his wife and family.

Here’s something that doesn’t make sense, though.

At the same time that this was happening, Father Figure’s Wife was spotted going about her life as if everything was normal!

She met up with friends to play tennis at a local tennis court. She acted like everything was perfectly fine at home.

Her husband is begging for sympathy and prayers for him and his family… and she’s out playing tennis in the middle of all this?

As his love match, shouldn’t she be by his side?

At the very least, shouldn’t she be staying away from other people?

We don’t know how much time Pop Star has been spending with them lately, but there is certainly something odd about their behavior.

Maybe Pop Star can do a song about tennis and prayers.

[Optional] Do you think Father Figure is a good influence on Pop Star?