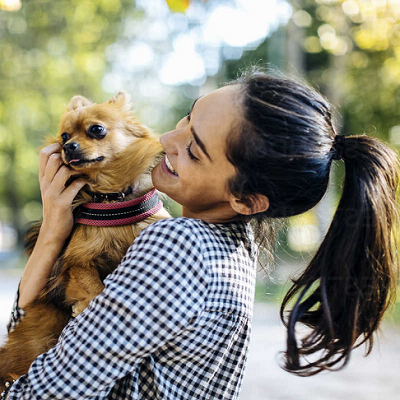 [Blind Gossip] This is a really sweet tale of a celebrity and a dog.

This is a really gross blind item, so if you are sensitive, you should skip it.

There is a celebrity who is very, very popular on social media.

She is not one of those celebrities who is famous for specific talent like singing or acting, so you can quickly rule out celebrities like Ariana Grande and Taylor Swift.

Our celebrity probably considers herself a business person as her worldwide fame has brought her millions of dollars. She now makes a lot of money via social media sponsors.

She gets most of her attention by showing of her body. Some people love it. Some people don’t. She has literally tens of millions of followers who seem to love it, so her comfort with wearing form-fitting or very little clothing seems to be paying off.

Today we are going to talk about something she did with all of her clothes on.

She was out for a walk. The weather was cool, so she was fully dressed. She was also wearing a hat, sunglasses, and a mask. All of those layers made her rather anonymous. We would not have recognized her walking down the street.

Our celebrity had a dog with her. The dog stopped to poop. However, our celebrity did not seem prepared for this. She did not have a plastic baggie at the ready.

She looked around as if she was calculating whether or not she could get away with simply leaving the pile on the sidewalk and walking away.

No. There were people around. If she walked away, someone would yell at her and then people would whip out their cameras and it would turn into some big ordeal.

She needed something to pick up the mess. However, she wasn’t about to use her bare hands.

So she took off her face mask, used the mask to pick up the poop, and then dumped it in a nearby trash can.

Allow us to clarify. She dumped the poop. Not the mask.

She looked around again to see if anyone was watching. Confident that they were not, she put the mask back on her face. And walked away.

[Optional] Law abiding or gross? What would you have done?