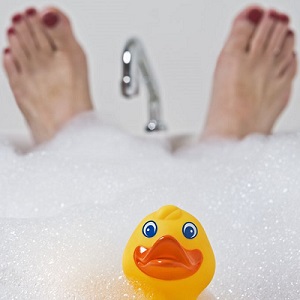 [Blind Gossip] You may be wondering what is going on with this celebrity’s bizarre postings recently!

There is a lot of speculation that she is drunk. Or that she is having some sort of mental breakdown.

There is actually a much simpler explanation.

She is in a lot of pain. I’m talking about physical pain. She’s on some good pills.

How bad is the problem?

Well, the physical problem is fixable, but she has to go in for surgery and get [a major part] replaced. She has been stalling on that plus she can’t get the surgery done right now because it’s considered voluntary.

What about the drugs?

It’s not like she is scoring junk off of street corners! She says they’re not “drugs drugs” because they prescribed by her doctor. Plus she likes all the attention she is getting from her performance pieces. She doesn’t need to go to rehab or anything like that.

So she is not babbling. She is creating “performance pieces”… enhanced by a well-stocked medicine cabinet.

We don’t know exactly which pain pills she is taking, but there are plenty of people who wind up in rehab when they can’t stop taking them.

After gets her surgery (assuming that she does), perhaps the pills will become a non issue?

[Optional] Are you a fan of hers? Why or why not?