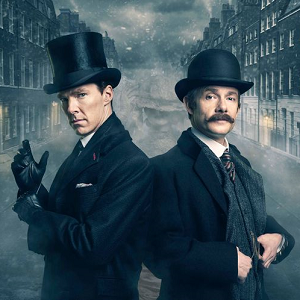 [PopBitch] Which posh British actor has made quite a name for himself doing period stuff?

Not just on screen.

In the bedroom too.

He’s what’s known in the trade as a “bloodhound” – and an enthusiastic one to boot.

BG Note: The photo shows Sherlock’s Benedict Cumberbatch and Martin Freeman simply as an example of a British period drama.

[Optional] Who is your favorite living male British actor?