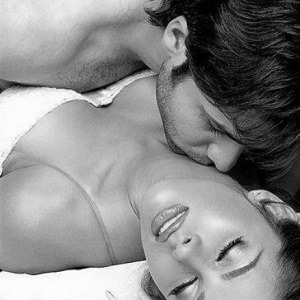 [Blind Gossip] This funny actor was the star of a successful cable TV show that ended a couple of years ago.

He was in a long-term relationship with a beautiful TV actress who was also on the show.  While they were together for more than five years, Funny and Beauty suddenly broke up with no explanation. We actually talked about their breakup in a previous blind item.

She is a talented multi-hyphenate. Need a few more hints? She is one of the stars of a current hit network TV show. She would best be described as sweet and wholesome.

After Wholesome got together with Funny, this is what happened: Beauty left Funny and married someone else… and Wholesome divorced her musical husband!

Yes, those two broken relationships are related to each other!

Wholesome and Funny have now been together for over a year and are planning to move in together. After they get a little more distance from their past relationships, the timing will finally be right for them to make this relationship public!

[Optional] Do you think Wholesome and Funny make a good couple? 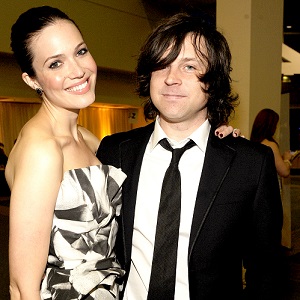 Wholesome: Mandy Moore from This Is Us

We had heard multiple stories of James Roday and Mandy Moore sneaking around and seeing each other starting way back in 2013-2014 range.

They met because they were slated to costar on a TV show called Good Session. The show did not get picked up. However, Roday and Moore were suddenly spending time together. They were dining in quiet, dark restaurants, cuddling in bars, and making out in parking lots.

However, there were two little problems at the time that kept them from going public.

James Roday was engaged to Psych costar Maggie Lawson. They had been together since 2006.

And sweet-as-Candy singer Mandy Moore was married to Ryan Adams. They had also been together since 2006.

Thus, the sneaking around. 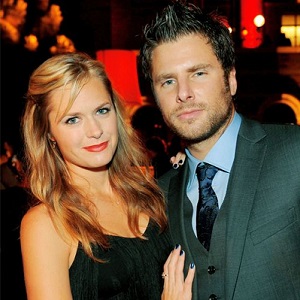 Long story short, James Roday and Maggie Lawson broke up in 2014. The cause of their breakup was not disclosed.

Then, Mandy Moore and Ryan Adams got divorced in 2016. The cause of their breakup was not disclosed.

James Roday and Mandy Moore never went public with their relationship, and they ultimately broke up, too. The breakup occurred within a year of Moore’s divorce.

It’s just as well. It would have raised a lot of questions about the timing of the pilot/breakups/divorces.

James Roday has kept very quiet about his love life.

That last relationship worked… because Mandy and Taylor got married this weekend! 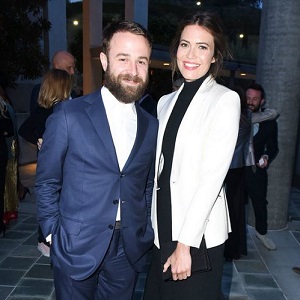 The 34-year-old This Is Us actress and singer wed Dawes musician Taylor Goldsmith, 33, on Sunday in front of family and friends in Los Angeles.

This marks Moore’s second marriage; she finalized a divorce from musician Ryan Adams, 44, in 2016. A year prior, while they were separated, she met Goldsmith. The two got engaged in 2017.

“He makes me melt. I can imagine no better partner,” Moore told Glamour in a recent interview. “He’s going to be the most tremendous father. I view the past as a stepping-stone to get me where I am today. I would gladly weather all of that a million times over if it brought me to Taylor again.”

According to one source, “There was a small group of family and friends that looked to be about 50 people” at the ceremony, which was held at Moore’s home. Fellow guests included Minka Kelly, Wilmer Valderrama, Milo Ventimiglia, Chrissy Metz and Sterling K. Brown.

Congratulations to Mandy and Taylor! We wish you a happy life together.

And congratulations to Julesjd for being first with the correct response!