[Blind Gossip] This music star’s life and career are one big fail. Her last real relationship bailed on her, her current man is using her, and her career is an embarrassment.

While it’s easy to blame Singer for all her missteps… our source tells us that there is actually someone else to blame!

There is only one person to blame for all the sh*t that is going down, and that is HER MANAGER. Hiring her was the worst decision that [Singer] ever made. [Manager] comes from the reality TV world and she likes the drama because that what sells on reality TV. She doesn’t know sh*t about the recording industry or live productions or staging.

The only way [Singer] is going to get back on track is to FIRE THE F*CKING MANAGER!

Does this mean that Singer and Manager don’t belong together?

[Optional] Who do you think is to blame for this mess? 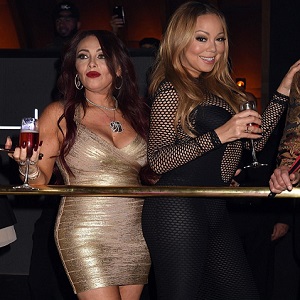 Mariah Carey and her manager, Stella Bulochnikov, have parted ways.

Bulochnikov was a disastrous hire from the beginning. It’s just a shame that it took Mariah Carey so long to figure it out and to give her the old heave ho.

Mariah Carey and her manager of three years, Stella Bulochnikov, are no longer working together as manager and client, Variety has confirmed.

According to a statement from Bulochnikov, the two mutually agreed that working together was no longer beneficial. “After working together for almost three years, Mariah Carey and Stella Bulochnikov have determined that it is in their mutual best interest to part ways on day-to-day management,” the statement reads.

“During their time working together, they have accomplished great things, including, most recently, Mariah Carey’s new music and motion picture projects for this upcoming holiday season. Mariah Carey and Stella Bulochnikov remain partners in a number of business ventures, and will continue to support each other in those endeavors.”

A former TV producer, Bulchnikov was responsible for directing Carey’s career towards reality television, launching her “Mariah’s World” show on E!. She was also working with Carey at the time of her disastrous New Year’s Eve performance in 2016.

She recently recorded a new song, “The Star,” for the film of the same name. She is well known for her 1994 song “All I Want for Christmas Is You,” off her first holiday album “Merry Christmas,” and recently had her hands and feet encased in cement in the forecourt of the Chinese Theatre.

Hiring a reality show producer to manage Carey’s entire career was a dumb move from the beginning.

Bulochnikov is the one who convinced Carey that doing a reality show featuring her relationship with Australian billionaire James Packer was a good idea.

The show was supposed to be about Carey jet-setting around with Packer and planning an extravagant wedding. However, Packer didn’t want to be on a reality show, and bailed out on both the show and the relationship. That should have been the end of the show. 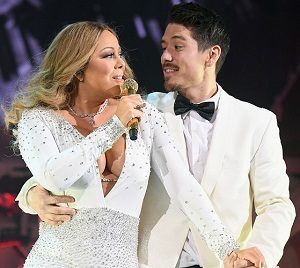 However, Bulachnikov was a reality dog with a bone. She was desperate to salvage the reality show idea.

She convinced Carey that it would be a good idea to shoehorn backup dancer Bryan Tanaka into the show as a love interest. In an effort to justify the downgrade from billionaire to backup dancer, Bulachnikov created some revisionist history claiming that he and Carey had always been interested in each other.

This kind of meddling and obsession with manufacturing story lines is exactly the kind of tasteless strategy that hiring a reality TV producer will get you.

Carey has been in the business a long time. She should have been extremely leery of hiring a reality producer who insisted that Carey do a reality show; who manipulated Carey’s personal life around the reality show; and who also inserted herself into the cast of that reality show!

One of our readers, Good2know, summed it up Bulachnikov’s appearance on Mariah’s World this way:

I have seen exactly one episode of this show prior to all of this drama, and I found Stella to be extremely unprofessional, immature, and dramatic. I would be embarrassed if someone like her was representing me in any capacity. 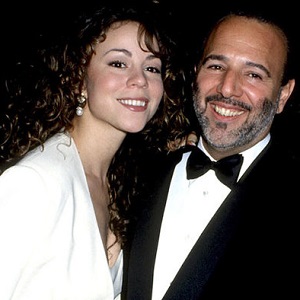 The fact that Bulachnikov did not come from the music industry was problematic. ALL of Carey’s former managers were industry people.

Bulachnikov’s inexperience in the music industry and lack of focus on the music was bound to result in poor record sales, poor ticket sales, and that disastrous New Year’s Eve performance where Carey stopped singing altogether. And it did.

The bottom line is that Stella Bulachnikov was a terrible manager… but Mariah Carey was responsible for hiring her, following her advice, and keeping her around for three years!

Did you catch the clue at the end of the original blind item? The words “belong together” should have reminded you of Mariah Carey’s hit song We Belong Together.

Congratulations to Haley1020 for being first with the correct response! Kudos to Calums Mom for picking up on the “belong together” clue!