[Pop Bitch] Which beloved sci-fi actress has a rather odd daily routine which involves manually wanking off her dog to stop it from becoming too aggressive – seven days a week? 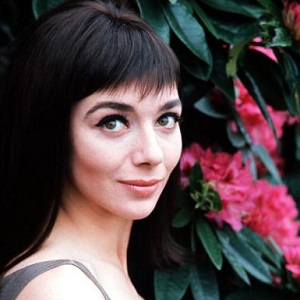 We asked “Which beloved sci-fi actress has a rather odd daily routine which involves manually wanking off her dog to stop it from becoming too aggressive – seven days a week?”

The answer? Jacqueline Pearce (aka Supreme Commander Servalan off of Blake’s Seven).

Jacqueline Pearce received lots of filthy fan mail and gladly read it all. If any missives particularly appealed to her, she would visit the sender and indulge him in his fantasy.

Unfortunately, Ms. Pearce is no longer with us to regale us with tales of her encounters with either dogs and fans, as she just passed away in September 2018. 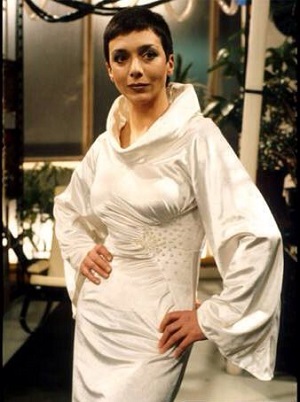 Jacqueline Pearce, who starred in science fiction TV show Blake’s 7, has died aged 74 shortly after being diagnosed with lung cancer, her friend John Ainsworth has said.

Mr Ainsworth, a friend of 25 years who was with her when she died, told the Press Association she had been diagnosed “a couple of weeks ago” and chose to be cared for at home after leaving hospital.

“She was outrageous, she was very honest and very straightforward, which didn’t always go down very well, but you knew where you were with her,” he said.

“She liked a glass of champagne and liked everyone to have a good time with her, and of course she was a brilliant actress and everyone who worked with her remembered her very fondly,” he added.

She made an instant impact in Blake’s 7, created by Terry Nation, the man who dreamed up the Daleks for Doctor Who.

Her portrayal of arch-villain Servalan was expanded from a single episode to a regular role due to her popularity and she appeared in all four series of the programme which ran between 1978 and 1981.

After Blake’s 7 ended, she appeared in children’s dramas Moondial and Dark Season, written by Russell T Davies, who said in a statement: “It was a joy, working with Jacqueline on the first drama I ever wrote, Dark Season.

“She was glorious, vivid, passionate, filthy and the most wonderful company. And underneath the style and the laughter, a truly fine actor,” he added.

Unfortunately (or fortunately) no one guessed this one correctly.