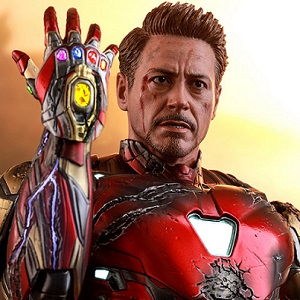 [The Blast] Howard Stern has been broadcasting all day from Los Angeles, after helping launch Sirius/XM’s new Los Angeles studio.

The day has been packed with huge celebrity interviews including Jimmy Kimmel, Jennifer Aniston, and Arnold Schwarzenegger.

During his conversation with the ‘Iron Man’ star, Robert Downey Jr. told Stern he was involved in an argument in the green room right before he came into the studio.

Robert described the dispute saying “I was just standing out there…standing in front of the TV screen when this little nebbish big wig says, “Out of the way!”

The actor says after he told the executive that everyone was here watching together, the guy yelled at him, “Who the f*** are you?”

Downey explained how upset he got with the outburst and joking said to Howard, “I’m going to have to light this guy up.”

Robert chalked the whole thing up to ego, saying some people with “Certain status…they are the master of their environment.” Also, Los Angeles is rife with “status games.”

During the discussion, the Iron Man star explained that he had just shaved his head the night before the interview, so most likely this person did not know who he was. Even Jimmy Kimmel and Adam Levine did a double-take when seeing the actor in the green room.

Howard explained to the audience that Downey Jr. is a master at martial arts and would ruin anyone who actually was willing to throw down with him.

“You could have killed” someone in my greenroom, Stern said jokingly.

The argument did not get physical, and Downey did not name the executive involved.

[Optional] The Blast headline reads “Robert Downey Jr. Involved In Green Room Fight Before Howard Stern Interview.” Would you call this a fight?