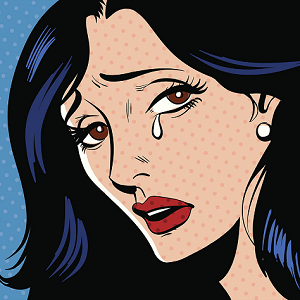 [Blind Gossip] This celebrity has suffered a string of mishaps in her public life lately.

Then again, “suffered” might be the wrong word, as each error may have been completely unforced!

Now she is looking to redeem herself by showcasing her charity work.

However, even the way she is going about that may prove to be a problem!

She was advised to engage in good works and let the established media carry the message. She vetoed that and insisted that she should deliver the message personally on social media and via [one chosen outlet]. Those are egotistical and wrong choices.

Why is this a problem?

Proper conduct for public servants who wish to be respected/liked is to be humble, public, selfless and engage the established media. She is choosing to play games to draw attention to herself. That is the conduct of a celebrity.

Isn’t anyone providing her with guidance?

Every day! Although the people who have been doing this for decades have told her what works and what does not, she thinks she is the most clever person in the room. She completely rejects any advice she is given about photos, wardrobe, etc. We are trying to help her, not hurt her, but she is arrogant and duplicitous.

What do you mean by duplicitous?

She says she will do something but does not. As an example, the dress code and decorum for [event] was explained to her in great detail. She nodded and said she understood and agreed… and then proceeded to do the opposite! Then she whinged about the criticism she received.

Do you think she will improve in her role as time goes by?

Every one of her wounds thus far has been completely self-inflicted. She takes no one’s counsel but her own. Until she humbles herself and heeds the counsel of those with more experience, we expect the mistakes and whinging and wails of victimhood to continue in perpetuity. Or until the divorce.

Similar: She Missed The King

[Optional] Why do you think she is behaving this way? What advice would you give her?