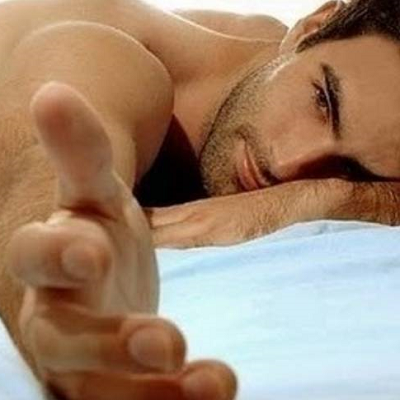 [Blind Gossip] This athlete has been in the headlines in the past few months.

Let’s talk about that right now!

A single woman met him at a private gathering at a mutual friend’s house. She is well-endowed. He saw her from across the room and stared at her.

I went downstairs to different part of the house. He followed me down there. He is very attractive in person.

He introduced himself (even though I already knew who he was) and we engaged in some small talk for a few minutes. He asked me for my number and I gave it to him. He immediately texted me even though I was standing right in front of him. He thought it would be nice to just chill alone together but he didn’t want people gossiping if we left together. I told him I would leave the party now. He said he would meet up with me 30 minutes after I left.

She left the party, walked around for a bit and then met up with him.

We met in a parking garage and he got in my car. More small talk. He was super flirty. We ended up making out like teenagers for about an hour.

We ended up going back to the party separately.

She thought that their make-out session might be the end of their relationship. It was just the beginning.

We met up about ten times after that. Most restaurants were still closed, so there weren’t too many options for going out. He always came to my place to hang out.

I would describe him as very affectionate and sensual. Not aggressive or k*nky. He was very attentive and the sex was actually really, really nice, but very vanilla. He likes missionary. There was just a lot of kissing, licking and rubbing.

He is well endowed. He wasn’t very verbal, just grunted a lot.

After we got done having sex, I would fall asleep. When I woke up, he would still be caressing my body up and down, ready to go for another round. He had good stamina. We once had six rounds of sex in one night.

Even when were weren’t in bed, he was always making physical contact with me, rubbing my back or stroking my arm.

He would always stay for hours and hours. I think a lot of people would paint him as a jerk. To me he just seemed like an affectionate and physically needy person.

He would text her or call her and arrange to meet up for a few hours or overnight. 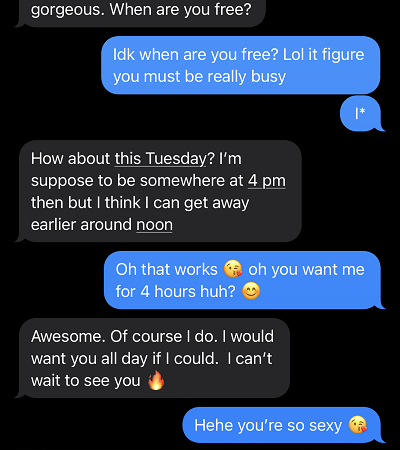 That was the cleanest part of the conversation we could find. It was also accompanied by some very graphic photos. No, we’re not publishing them. This isn’t a p*rn site, people!

This was not a serious relationship where they talked about love and marriage. This was more like a series of hookups that went on for a few months. She eventually started dating someone else with whom she became serious and ended the relationship with The Athlete.

She did tell us a few more things about The Athlete, though.

There was nothing deep about our relationship. It was mostly physical.

I honestly never had a substantial conversation with him. Whatever we talked about, his response was basically one word like, “Cool! Right! Sweet! Yeah!” while he was staring at my boobs. I’ve been with men before who have stared at my boobs but at least they could still hold a coherent conversation.

He was nice to me, so I hate to say it,  but the dumb jock stereotype fits him like a glove. Good in bed but not very smart.

One thing that I thought was interesting about him was that he was always very polite and courteous. He always used a condom, every round.

The condom broke on one occasion and he stopped midway, apologized, and put another one on.

What a thoughtful guy!

Well, except for one little fact.

He was cheating on his partner.

She is a celebrity of the singing variety.

He never talked about [Singer]. Never. It was like he was living two separate lives, one with her and one with me.

Look, Singer is not dumb. She knew that he was cheating on her. This woman certainly was not the first with whom Athlete had cheated and was not going to be the last.

That’s why Singer… is moving on!

[Optional] Why do you think Singer put up with this for so long?