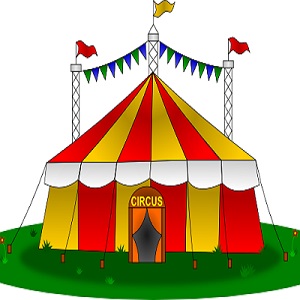 [Blind Gossip] Do you think all female actors are supportive of each other? Then you might be surprised by the level of snarkiness exhibited by one comedic actress when talking about another. The first actress was talking to a male industry-type about another actress who was on stage last night at The Emmy Awards.

She made some comment about [Actress On Stage] that I didn’t hear.

He said, “Well, [Actress On Stage] is like you! It’s her JOB to be funny and clown around.”

She said, “Well, that explains the circus tent she was wearing. And, no, she is definitely NOT like me.”