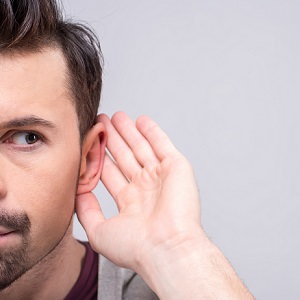 [Blind Gossip] This over-40 movie star is one of the highest-paid actors in the world. He is hiding a secret that may surprise you.

There was an older actor in a scene with him who was playing a minor part. The older actor confided to the movie star that he was struggling a little bit in the scene because he wasn’t wearing his hearing aid.

[The Movie Star] told him that he could relate because he also had bad hearing and was practically deaf in one ear!

When asked if he used a hearing aid, [The Movie Star] replied that it was too risky to get one.

He said that if anyone found out that he had trouble with his hearing, it could affect his ability to get good roles.

Given his fantastic career, it is a little surprising that he was so concerned about not being cast if anyone discovered his dark secret.

It also might explain why, much more recently, he was accused of wearing an earpiece on set to have his lines fed to him.

If that’s the case, it’s interesting that he would rather be thought of as lazy than deaf!

[Optional] Do you think the purpose of the earpiece is to help with his hearing, his lines, or both?