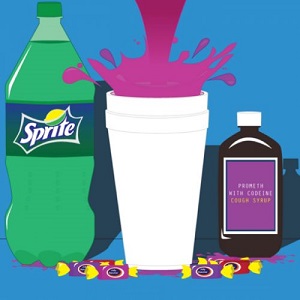 [MTO News] One of the greatest hip hop artists ever has a serious addiction to opioids. And it is so serious that one of his friends reached out to MTO News, and told us that they believe he will be dead in weeks.

Opiod addiction is a huge problem in America, and it’s creeping more and more into the Black community – especially in hip hop.

And one of the culture’s greatest rappers is hopelessly addicted to lean – again.

[Rapper] is a complete junkie. He drinks lean all day like it’s water. Seriously, I don’t think he even gets high anymore, he just drinks it to stop himself from withdrawing.

He wasn’t this bad for years, but he released his new album, and has been doing a bunch of shows and he’s back on the syrup.

I know he’s been on it for a while, but his is different. He’s drinking way too much. He’s going to die and he is such a beautiful person.

Please put this out, so that [someone] can help him.

Similar: Making The Pain Go Away