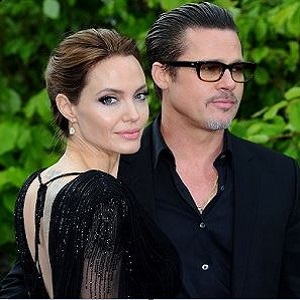 [Blind Gossip] There were some predictable stories that Jennifer Aniston and Angelina Jolie were making elaborate plans to avoid each other at this year’s Golden Globe Awards.

Not true. These two have more than ten years of practice avoiding each other. It’s routine by now.

However, we do know of ANOTHER actress who definitely did want to know all of Angelina Jolie’s plans for the night so that she could avoid her!

This thirsty, over-30 actress from a famous family was trying to claim Brad Pitt for herself after the Jolie-Pitt divorce. She went so far as to travel to places where she knew Pitt would be, and then spread (and coyly denied) rumors that she was dating him for months.

Angelina knew all about it and was not happy about it. She will never work with [Thirsty] again. [Thirsty] knows this and knows she needs to stay out of Angelina’s way, at the Golden Globes and everywhere else.

[Optional] Do you think Angelina and Brad Pitt will eventually get back together? 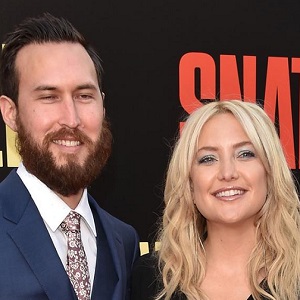 Both Brad Pitt and Angelina Jolie can breathe a little sigh of relief tonight, because Kate Hudson just announced that she is pregnant… and Brad Pitt is not the father!

Hudson is pregnant with a little girl by musician Danny Fujikawa.

Kate Hudson is pregnant with baby No. 3

“SURPRISE!!!” she captioned a video of her gender reveal. “If you’ve wondered why I’ve been so absent on my social channels it’s because I have never been more sick! It’s was the most sick first trimester of all my children.

“If you’ve seen me out and about smiling and pretending like everything is amazing…I was lying! BUT! I have broken through on the other end of that and rediscovering the joys of insta/snap. We have been trying to keep this pregnancy under the radar for as long as possible but I’m a poppin now!

Kate Hudson just admitted that she was lying about something? NO! Say it isn’t so!

After Jolie and Pitt announced their divorce, rumors started popping up almost immediately that he was secretly dating Kate Hudson. They continued for almost a year.

Were the rumors true? No! But that didn’t stop Thirsty Kate Hudson and her family from spreading them and then coyly denying them!

Kate Hudson even spent her vacation time plotting to make her Brad Pitt fantasy a reality.

Well, she may have been looking for Brad Pitt to be Baby Daddy Number Three to Hudson Baby Number Three… but Pitt was not playing along!

And Angelina Jolie – who starred in Kung Fu Panda with Hudson – was not amused by Hudson’s antics either.

Since Hudson is pregnant, we’re guessing that the worldwide chase to get Brad Pitt to put a baby in her is now over.

And since Hudson’s tummy is feeling better, perhaps she can go out for Thai food again.

Yes, we went there.

Everybody got this one right, starting with GoGoYubari!