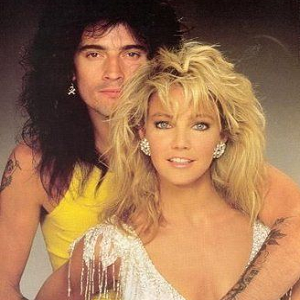 [Blind Gossip] This actor and actress starred together on a television show that premiered more than twenty years ago.

The show was very popular and ran for multiple seasons.

The popularity of the show was due in large part to the chemistry between their two characters.

It was one of those relationships hallmarked by a confused attraction masked by sarcasm and a lot of one-line zingers.

However, it kept the audience engaged and guessing when their characters would get together in a romantic way.

Here’s a secret: The two actors actually had an affair during the course of the show!

It only lasted one season, but it was hot and heavy while it lasted. After that, they were pretty icy to each other. It really created a lot of tension on the set.

Nothing to do with Heather Locklear or Tommy Lee. We just love their 1980s hair!

Similar: Not A Friendly Salary Discussion