It was such a big hit, though, that it might come back as a regular series!

Two of the stars were also producers. They’re in!

The other three female stars?

The Yes and The Maybe want equal billing and screen time with the producers, which could be a little challenging.

She just thinks that the project has run its course and that it’s time to move on. It’s not like she hated it or anything.The project was fine and they all got along. She just knows that she’s not going to get nominated for an Emmy or anything, and there are other projects waiting for her.

Does the show need all five to return to make it work?

[Optional] Which actress in this group most deserves an Emmy? 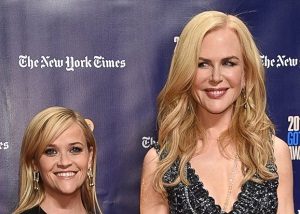 The No: Shailene Woodley

Big Little Lies is coming back!

‘Big Little Lies’ back for season 2 with Kidman, Witherspoon

HBO says the dark drama “Big Little Lies” is coming back for a second season.

The channel said Friday that Nicole Kidman and Reese Witherspoon will again star and serve as executive producers of the Emmy-winning series.

The new episodes are based in part on a story by Liane Moriarty, author of the novel “Big Little Lies.”

The drama’s first-season writer, David E. Kelly, is returning to write the seven new episodes. Andrea Arnold, whose credits include “Transparent,” will direct.

HBO said the series will explore friendships, the fragility of marriage and include the potential for “emotional and bodily injury.”

An air date for season two was not announced.

Now that the series is a lock for a return, the Yes, Maybe, and No women can all consider their return. 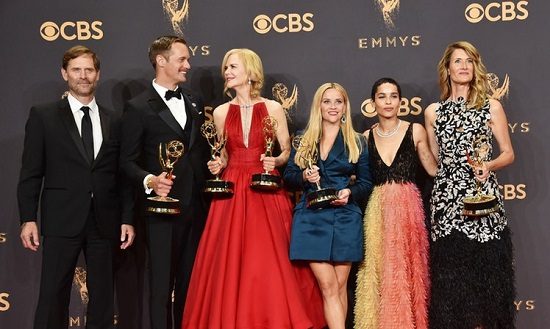 We think Zoe Kravitz is the most essential, as her character is married to Reese Witherspoon character’s ex and provides that conflict. Her schedule is fairly open.

Laura Dern is a great actor and played a great character on Big Little Lies. We’d love to see her return, but she is busy, busy, busy! Dern did five movies in 2017 and has three additional films in post-production right now.

At the time we originally wrote this, Shailene Woodley was least likely to return. Although her son on the show is the half-brother of Nicole Kidman’s sons, her character isn’t as necessary. You could slot in some other young actress to play the non-affluent newbie to juxtapose all the rich women.

Woodley’s schedule is surprisingly open, though, so she might jump at the chance for a regular paycheck. 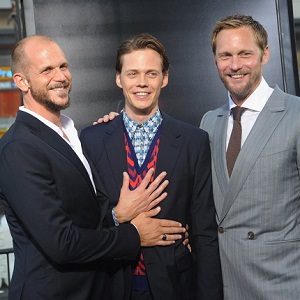 We’re sure Perry Wright must have had a surprise twin brother somewhere. If not, how about bringing over Bill Skarsgard?

Even better, Gustav Skarsgard (Floki from Vikings)! He would be awesome in any role.

The entire ensemble worked well together, so it would be great to see them ALL return.

Congratulations to Realistic for being first with the correct response!

Remember when Blind Gossip made one wish? To bring back the uber-talented Alexander Skarsgard for Season 2 of Big Little Lies?

Well, our wish just came true! He IS coming back!

He’s bringing Meryl Streep with him! 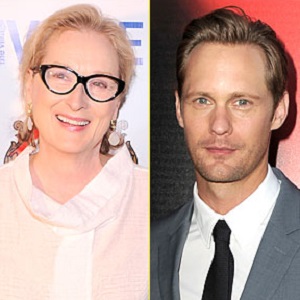 Alexander Skarsgard is coming back for several episodes… and Oscar-winner Meryl Streep will be playing his mother!

It would be odd for Perry Wright to rise from the dead. Will it be the backstory of how Perry became the abuser he was? Or will he play his own secret twin brother in the present time (like we originally suggested)? Can he bring Bill and Gustav along as Perry’s brothers?

Whatever they decide to do with the plot, this is going to be awesome!

By the way, it looks like the entire original cast will be back too. 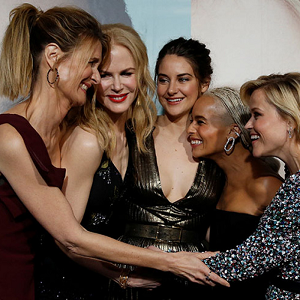 The Yes The Maybe and The No are now The Yes, The Yes and The Yes!

Zoe Kravitz, Laura Dern, and Shailene Woodley are ALL coming back to HBO’s Big Little Lies!

They will be joining the already confirmed Reese Witherspoon, Nicole Kidman, and Alexander Skarsgard, as well as newcomer Meryl Streep.

This is going to be good, folks!