[Blind Gossip] This TV actor made millions from a couple of series. Let’s talk about two of his ex-wives!

[Ex 1] has been vilified in the press for being a gold-digger, but every time [Ex 2] f*cks up and her kids have to go somewhere, [Ex 1] offers to help. Some villain, right?

It’s too bad [The Actor] is too screwed up himself to recognize how much she is helping him.

It will be interesting to see if our Actor publicly praises Ex 1 for her selflessness… or continues his seemingly endless campaign to make her look like the bad guy.

[Optional] If you were Ex 1, would you continue to help Ex 2? Charlie is a mess.

Brooke is a mess.

But rather than focus on them, let’s talk about the real “villain” in this story, actress Denise Richards.

This “villain” has saved Charlie Sheen’s butt and Brooke Mueller’s butt more times than you can shake a stick at!

Whenever they screwed up, Richards was there to quietly make sure that the kids were taken out of harm’s way and were given a life that was as normal as possible.

Everything Richards did was in marked contrast to the turmoil and destruction into which Sheen and Mueller descended time after time. 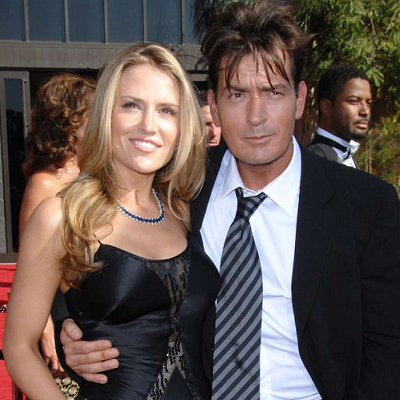 We’ve lost count as to how many times Max and Bob – Sheen and Mueller’s twin boys – were removed from Mueller’s care and taken in by Richards.

When Mueller went to rehab in 2012, Richards took in the boys.

In 2013, when the kids were removed from Mueller and Sheen’s custody again because of drug use, Richards took in the boys.

How did Charlie Sheen reward her for that?

Sheen made death threats against Richards, tried to financially cut off her and their two daughters, sold their house out from under them, and called her every vile word he knows in the press. Nice. In November of 2016, Brooke Mueller was found walking around barefoot and incoherent in Utah. Max and Bob were in the car. The kids were taken into custody.

When Mueller was shuffled off to the hospital and then to rehab – for the TWENTIETH time – the discussion of finding the boys a temporary home began once again.

Of course, Sheen, who has immense personal problems of his own (drugs, mental illness, HIV+), was incapable of taking care of his own children.

Once again, Denise Richards quietly stepped up and offered to help in any way she could with the boys, including taking them into her home. (Mueller’s elderly parents eventually took the boys.) Congratulations to Hrhfedup for being first with the correct response!

Note: Brooke Mueller is still in rehab but is expected to be released later this month. We wish her well in her recovery.