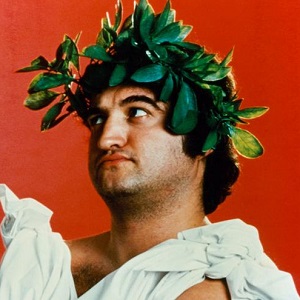 [Blind Gossip] You might have noticed that this franchise film actress made a bold statement about the Time’s Up movement… but hasn’t actually told a personal story about why she is involved.

We’ll tell you one.

A few years ago, she took a role in a movie that had a principal cast of several well-known male actors.

She did not enjoy making that movie.

She filmed a couple of her scenes one week, but the next week simply walked off the set.

A male crew member shared the following story with us.

The guys were rude the whole time. The last straw for was when we were filming a scene from the end of the movie where [describes scene]. It was a two day shoot. Some of the guys had been drinking and smoking weed beforehand and were acting obnoxious. She was clearly uncomfortable filming with them. Then [one of the actors] started “improvising” and gyrating in front of her with his junk barely covered.

This does not sound like it’s going to have a happy ending.

She just said, “I’m done,” and walked off the set and all the way down the street.

Everybody was like, “What the fuck? Where is she going?” Her publicist and the director tried to talk her into coming back and completing the scene, but she refused. We wrapped five minutes later when it was clear that she wasn’t coming back.

The next day, when we came back to finish the scene, we found out that she quit, and that we would have to reshoot it without her. All the guys were making jokes about her. The ground was wet, and [Actor] said, “Oh, look! We’re all stepping in [Actress’] tears!”

What a sensitive guy.

They try to make it out like she was some uptight bitch, but they’re the ones who made the set into an Animal House where it was acceptable to show up drunk or stoned and to say sexual things or act raunchy in front of female cast and crew.

You might think it would be fun to work in that kind of environment, but as a [crew position] who has worked on dozens of movies, I can tell you that it was one of the most unprofessional sets I’ve ever been on. It’s a workplace, FFS, not a fraternity party. I don’t blame her for quitting.

The first few scenes our Actress filmed are in the movie, and she is a true professional, so we doubt she will ever tell this story herself.

However, we think that this experience might explain her involvement in the Time’s Up movement… as well as the reason that she has avoided working with the principal actors from that film again!

Similar: Disaster Is Looming For This Actor

[Optional] If you were the actress, what would you have done?