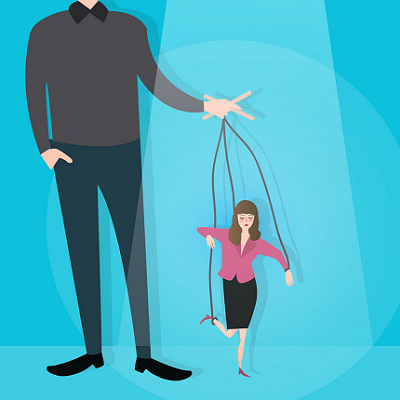 [Blind Gossip] You are probably wondering what is really going on with this female entertainer.

Everything seems to be falling apart in her life right now, both personally and professionally.

She initially tried to blame the collapse of her latest project on her work colleagues. They were supposedly performing poorly at their jobs and ruining the production.

Then, a different story. Her relationship with her man was on the rocks and her angst over their relationship was the reason she was unable to carry on.

So, what’s the truth?

It was all her. She was an unprofessional mess.

Some of this does stem from her relationship with her man. It’s a long story, but we will try to keep it brief.

She glommed onto him because he was so sure of himself but then she let him take over her life. She was unable to make a move without him in her ear telling her what to do. Trouble was that he was giving her bad advice.

What kind of bad advice?

He was telling her that she was a queen and to make demands and then not back down on anything.

That might work if you are telling a superstar quarterback to hold out during negotiations. But it’s a huge fail if you are an artist on a big production.

Why would that approach fail?

Creative productions are collaborations. The talent and multiple departments all have to give and take to move the production forward. You’ve got a budget and deadlines. You propose, you debate, you settle, you approve and you move the f*ck on.

She would approve something and all the departments would spring into action and work overtime to make it happen. Then she would come back a week later and say that it was all wrong and demand to change it. WTF?!? We don’t work that way!

She wasn’t being a diva. We’ve worked with plenty of those. She was a disrespectful idiot being manipulated behind the scenes.

How did she react when the team pushed back?

When people pushed back she would immediately get on the phone to him. She was pouting and whining and crying.

Then she would come back to production and demand and cry some more. She was insecure and it seemed like she was always on the verge of a nervous breakdown. It was totally f*cking exhausting. She was impossible to work with.

She was on the phone with him a hundred times a day, complaining and asking him to tell her what to do. It’s hard to respect someone like that.

The dude knows jack about how this works but he was definitely running her.

What do you mean by running her?

He’s NOT her f*cking manager. He is just some dude she is f*cking!

He comes from a totally different world and was giving her really bad advice.

Do you think he was trying to be her manager?

I know she’s got an agent and a manager, etc., but he took over so it sure seemed that way. She is insecure and he is controlling so he just might succeed.

That brings up the interesting question of motivation.

Is he in a relationship with her because he loves her? Or is it because he wants to manage her?

Similar: Who To Blame

[Optional] What do you think is going on here? If you were her friend, what advice would you give her?