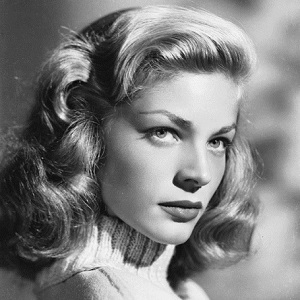 [Blind Gossip] This classic actress was a more than just a movie star. She was an icon.

In true movie star fashion, her life was filled with as much drama as her roles. Fans were treated to a steady diet of marriages, divorces, affairs, and other scandals.

There is one notable affair that was never covered by the press and that she never talked about.

You are going to be the first to hear about it.

Our gorgeous gal was married at the time. One night, her husband was away and she was having a little gathering at home with some friends and associates. They were watching an awards show on TV (the actress was not nominated that year) and drinking and talking.

As one of her male guests was leaving, she asked him to stay with her a little longer.

She had known him for years, and knew that he was gay. She was clearly drunk and started talking baby talk to him. He was both amused and a little frightened at the same time.

Suddenly we were kissing. I knew she was a friend and that the alcohol compromised her. I also knew that I was feeling severe discomfort at what was transpiring — and at what would inevitably transpire.

You know what happened next. Seduction. Sex.

They had been friends for years. She knew that he was gay and had never been with a woman before. So, why did she do this?

I think I was an actor fulfilling a critical role in her needed angst for perpetual love and adoration. I had performed, not as a victim, but as a cherished friend. I feel no regret today, only a profound emptiness that’s difficult to comprehend.

Sadly, their friendship was over after this.

It changed our relationship forever. I kissed her goodnight and left in shock and embarrassment. This was my first and only sexual experience with a woman.

I had no desire for this to happen. But I think for her it was like
a challenge. She truly cared for me, but unfortunately, I did not feel
for her in a sexual way. I didn’t talk to her for a long time after that, although
I still cared for her. The sexual encounter had destroyed our friendship.

The man in this story is not a household name, but he is a creative type well-known around Hollywood. He does not try to portray himself as a victim. Just a gay man who lost his virginity –  and a valued friendship – when one of the most famous movie stars in the world seduced him.

He has a lot of interesting stories about celebrities… so don’t be surprised if he comes out with a tell-all memoir!

Note: The actress is not Lauren Bacall.

Similar: How The Other Actress Landed Her Roles

[Optional] Why do you think she did this?