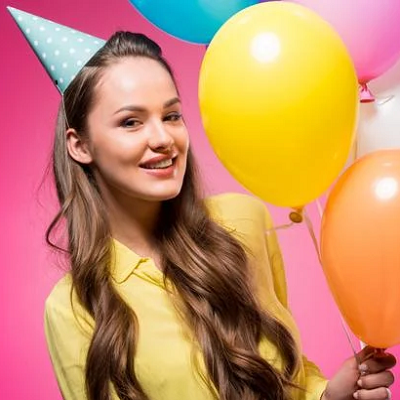 [Blind Gossip] Does this famous actress know that her husband is having an affair?

She will after she reads this!

Actress 1 has been working for decades.

She first became famous on an ensemble TV series.

She became infamous when she starred in one of the worst movies of all time.

Despite that setback and years of ridicule, she endured and saved her career. She recently had a bit of a revival in a reboot of that same TV series that made her famous.

She married the handsome relative of a famous fashion icon. They made a family.

A few years ago, Hubby needed to hire an event planner. Although the woman he hired specialized in birthday parties, for some reason she was his choice for this large professional event.

Why would he hire someone without the requisite experience? Because he was having an affair with her!

That affair has now been going on for years. We don’t think Actress 1 has caught on to the fact that Hubby is cheating on her.

This all might have remained a secret if Party Planner – who is not famous but clearly wants to be – didn’t have such a big mouth.

A super-famous Hollywood actress – who we’ll call Actress 2 – had a birthday party a couple of years ago. That event was such a big deal that we even did a blind item about it!

You would like Actress 2. She became super rich and super famous thanks to two things: a successful long-running comedy series and a marriage to a handsome male movie star.

Despite her wealth, Actress 2 has stayed grounded. She’s the kind of person everybody would like to have in their group of friends.

However, Party Planner did not walk away with any friends of her own.

Everybody at the party was talking about her because she was acting as if it was HER party and SHE was the center of attention.

That vulgar woman was the loudest and most obnoxious person ever!

Eyes kind of bugging, head thrown back, mouth wide open, all teeth, loud cackling laugh with the walk and strut of a trucker. Her behavior was just grotesque.

Now, it’s never a good idea to try to outshine the host and make yourself the center of attention at someone else’s event. Especially when the host is a famous and well-liked star.

You’re the help, honey. Your job is to fade into the background and let the real star shine.

Fortunately for her, Actress 2 is rather classy and didn’t let Party Planner’s upstaging behavior upset her. However, she was quietly horrified by it and made it clear that “that vulgar woman” had made herself a persona non grata.

What Party Planner did succeed at that day was bringing a lot of attention to herself. Since that birthday party, it seems that everyone now knows who Party Planner is… and that she is having an affair with Actress 1’s Hubby!

Here are examples from two other sources.

[Party Planner] goes over to [Hubby’s] studio all the time. The staff say that they [go at it] in the back room so loud that everyone can hear them.

Here’s another example from the past couple of months.

[Hubby] had a show in [major city]. [Actress 1] was in the front row. You know who else was there, seated just a couple of seats down? [Party Planner]! How sick is that?

It’s almost as if Hubby and Party Planner love humiliating Actress 1 by flaunting their affair right in front of her!

No, we don’t think that a trip to Las Vegas or a shopping spree at Versace will quite do it.

Perhaps she should have lunch with Actress 2 to get some tips on how to manage a spouse who is cheating practically right in front of her?

Yes, Actress 2 went through that, too!

[Optional] Your advice to Actress 1?