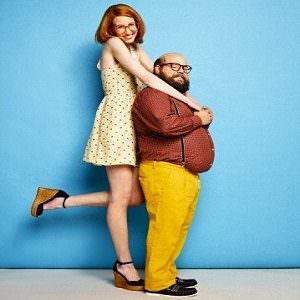 What’s going on here? Is this odd couple romantically involved?

No. They are actually just considering doing a project together. He is considering her for a starring role in a film on which he is working.

Actually, that’s the real story here. Why? Because if they do work together, we think that there will be a HUGE amount of controversy about choosing her for a starring role!

BONUS CLUE! Although The Beyhive thinks every blind item is about Beyonce, this one is not.

[Optional] Is she a good choice for the starring role? 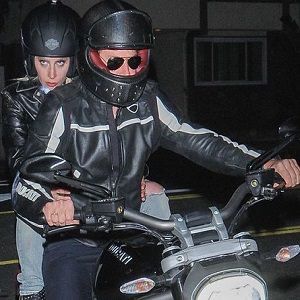 Potential Film: A Star Is Born

BlindGossip.com was the FIRST to let you know that the reason that Bradley Cooper and Lady Gaga went on that odd date last month was because Cooper was considering Gaga for a starring role in the remake of A Star Is Born.

Things went well, and Gaga has been offered the role!

They are now in negotiations over salary. Cooper will serve as both producer and director of the film. It will be his first directing effort. We don’t know yet if he’s also planning on starring.

This will be the fourth time the film is being made for the big screen. In case you’ve never seen it, it’s about a movie star who helps a young singer/actress find fame, even as age and alcoholism sends his own career into a downward spiral.

While Gaga may seem an unusual choice, she’s definitely got the chops (there’s a lot of singing in the film) and she’s got some good acting experience under her belt now with her starring role on American Horror Story. The girl’s been nominated for an Oscar and an Emmy, for crying out loud. She’s qualified.

The reason we dropped Beyonce’s name was because she was originally in the running for the same role.

Congratulations to VodkaBarbie for being first with the correct response! 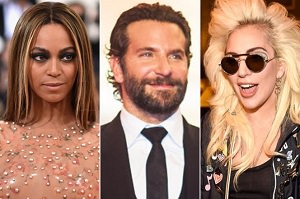 The movie just got the green light.

Lady Gaga WILL star in the remake of A Star Is Born.

Yes, the Lady Gaga casting is big news, but we’re even more impressed with the fact that Bradley Cooper will produce, direct AND star in the film!

Any one of those jobs is a challenge, so it is exceptionally difficult to take on all three at once. We can only think of a handful of directors who have done it successfully.

One of those guys? The legendary Clint Eastwood, who will co-produce with Cooper on ASIB. Eastwood and Cooper last worked together on American Sniper.