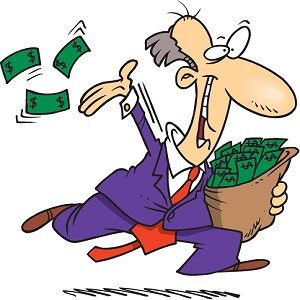 [Blind Gossip] We have some insider information about why one specific huge payout was made by this very famous man to an accuser!

He has been accused of sexual harassment/assault by multiple women. When you hear their stories, you may wonder why the women were treated differently. Some had their jobs threatened… some were given monetary incentives to keep quiet… others received a huge payout.

The largest payout in hush money wasn’t just because he harassed her.

It was because he assaulted her… and got her PREGNANT!

Similar: Reese Witherspoon Was Sexually Assaulted By A Director 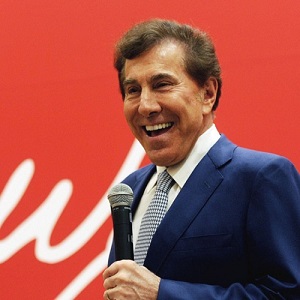 When the news about casino mogul Steve Wynn broke last week, BlindGossip.com was the FIRST to tell you that there was a reason that he paid out a jaw-dropping $7.5 million to one employee: It was because he got her pregnant!

Now Bloomberg is confirming our story:

Steve Wynn’s secret $7.5 million payment to a former employee involved a paternity claim against the casino mogul, according to people familiar with the situation.

Wynn made the payment in 2005 because he didn’t want the allegations to be a distraction for his company, said the people, who asked not be identified discussing private information. Wynn Resorts Ltd. had just opened the Wynn hotel in Las Vegas and was building one in Macau at the time. There’s no evidence Wynn fathered a child in the encounter.

The settlement has become a key element of the controversy surrounding Steve Wynn, who was the subject of a Wall Street Journal expose on Jan. 26 that detailed various allegations of sexual harassment and coercion against the casino magnate. He has denied any wrongdoing.

The paternity claim may help explain why Wynn, now 76, paid the former employee such a large sum, a question his ex-wife’s lawyers and gaming regulators have had trouble answering because the terms of the settlement are private.

A Wynn Resorts spokesman said neither the company nor Wynn himself would comment. Wynn shares climbed less than 1 percent to $170.90, erasing earlier declines in New York trading.

Wynn paid the settlement out of his own pocket. The arrangement first came to light two years ago in a court filing by Wynn’s ex-wife Elaine. She is suing to regain control of her 9.4 percent stake in Wynn Resorts, which she previously granted to Steve Wynn.

The Wall Street Journal said that the woman who received the settlement, a manicurist who worked at the Wynn Las Vegas resort, had told people she was pressured into having intercourse with him.

The settlement and the reason it wasn’t previously disclosed will be part of the Massachusetts Gaming Commission’s investigation, officials there said at a hearing Wednesday. Regulators could suspend or revoke Wynn Resorts’ license to operate in the state, jeopardizing the company’s $2.4 billion casino under construction in the Boston area.

Dozens of other female employees are now coming forward to say that Steve Wynn sexually harassed or assaulted them, too.

All of our readers gave Steve Wynn a Disgusting Score of 10+.

Congratulations to RadiantA for being first with the correct response!