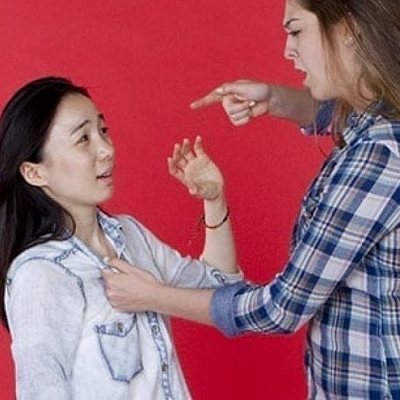 [Blind Gossip] While it was a minor celebrity who fired the first shot against this bully, you should expect more to come!

A different minor celebrity tells us the following:

[Model] has been horrible to people online forever. She is a complete bully. If she says something negative about you in public, her whole army follows and tries to destroy you. Thousands of her followers will call you a racist or a b*tch or a loser and try to drive you off of social media.

That’s not all, though.

She also privately goes after people. She goes after girls who are younger and less famous than her.

There is something mentally wrong with her. She is weirdly infatuated with young girls. I know two girls who she DM’ed and called wh*res and a sl*ts, even though these girls were barely teenagers!  She doesn’t even know them!

So Our Model goes after girls and she only goes after those who are younger and less famous than her.

She may be popular on social media, but is one of the worst, nastiest bullies in L.A. Every young female in Hollywood knows to steer clear of her. Some of the braver ones who she has bullied in the past are talking about going public in the near future.

It will be interesting to see if she gets cancelled for years and years of bullying behavior… or if people give her a pass based on her fame.