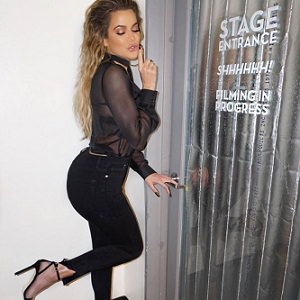 [TMZ] Khloe Kardashian says she’s the victim of theft and betrayal by her former friend whom Khloe considered part of her family.

Khloe took to Twitter over the weekend shedding some light on the incident and asking followers, “What would you do if you found out a friend was stealing from you?”

Khloe hasn’t yet filed a lawsuit or police report, but, sources close to the situation tell us she’s already talked to her lawyers, claiming the friend charged tens of thousands of dollars in designer clothes to Khloe’s credit card … clothes that didn’t end up in her closet.

We’re also told Khloe believes high-end designers sent her all sorts of stuff but the friend never turned it over to her.

In all, Khloe believes a small fortune was taken.

We’re told Khloe’s mulling over a lawsuit but hasn’t decided yet. Her friends are urging her not to sue, because it will ruin the friend’s career.

We reached out to the friend for comment … so far, no word back.

BG Note: Here are the tweets about the allegation: 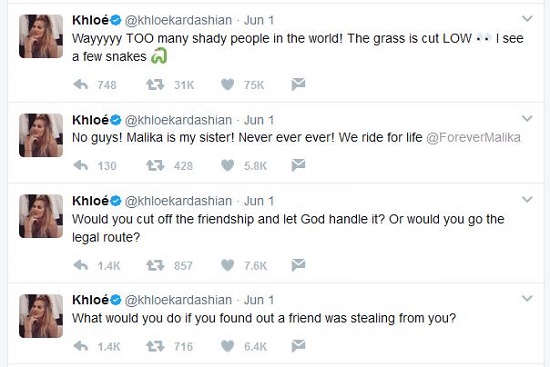 [Optional] With which Kardashian family member would you most/least like to be friends?