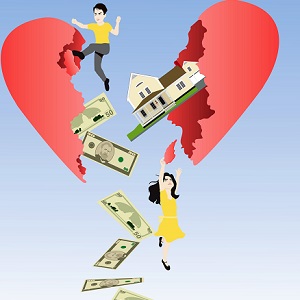 [Blind Gossip] It’s a good thing that this couple is getting divorced. That ugly behavior (mostly from one side) was certainly stressful. It stressed out their children, too.

Settlements don’t necessarily lead to two happy parties, though. Especially if one party feels that they are not getting all that they deserve.

In this case, she was under the impression that she was going to get more money. A lot more.

She thinks that she deserves TWICE the $$$ that is being offered! She can’t keep him from the children so she definitely wants to punish him financially.

Given that he has made a lot more money than her and she is pinning the divorce on his bad behavior, it’s easy to understand why she thinks she deserves a lot. She’s just not going to get it.

Don’t feel too sorry for them, though. They both have enough money to last several lifetimes. And their children might be a little embarrassed about one parent’s behavior… but at least they will be able to recover from that embarrassment in a mansion with plenty of food on the table!