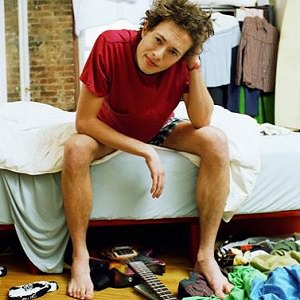 [Blind Gossip] Since filing for divorce from his actress wife, this prominent film actor is having trouble doing basic things.

He’s not eating regular meals and it’s usually junk food, so he’s having trouble with his weight and his clothes don’t fit properly. He sometimes doesn’t bathe for a few days at a time. He smells bad a lot. You have to remind him to take a shower and shave and put on clean clothes.

His place is a mess, too. He doesn’t even want the housekeeper in there, so the garbage doesn’t get taken out and it stinks. There are clothes and scripts and food containers piled on the floors and the counters. Not like a hoarder with rats or anything, but like someone who just doesn’t care.

[Optional] Do you think that this is just him being single? Or is there something else going on? 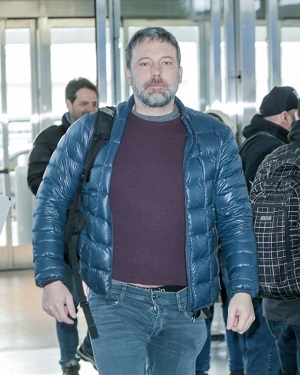 While he and Jennifer Garner were in the throes of their divorce, he could not hold it together.

When he ate, he ate junk food (e.g. Jack In The Box twice a day). He drank heavily, he wore the same clothes day after day, and he often forgot to shower or bathe.

Your friends at Blind Gossip told you about this back in 2017. Up top is a photo of Affleck from January 2018. Note the ill-fitting clothing.

Affleck’s personal hygiene is now getting some more mainstream media attention, so we are now ready to SOLVE this blind item!

Ben Affleck Had Been ‘Drinking Alone for Days’ Before Heading Back to Rehab, Says Source

Ben Affleck was on a downward spiral in the days leading to his return to rehab.

“Ben had been drinking alone for days,” a source tells PEOPLE in this week’s issue. “He was in bad shape. He had barely been eating and had not showered. It didn’t take much convincing. He wanted to go, and he cooperated.”

Affleck entered rehab on Aug. 22 with a second source telling PEOPLE, “He knew he needed help and was vocal about it.”

By his side was ex Jennifer Garner, also 46, who arrived at his home with an addiction therapist at her side. Garner drove the actor to a Malibu treatment center the same day.

We wish Ben well in his recovery.

Congratulations to CyndiTx123 for being first with the correct answer!

Related: All The Old Habits