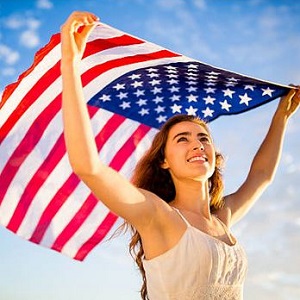 [Blind Gossip] Remember when we told you last fall that this Presidential hopeful would be “trotting out a respectable female companion just in time for the start of his campaign”?

It turns out that the first one was just a placeholder until they found a more “permanent” companion.

And now he’s got one!

And this one is even better!

She is the ideal strategic partner. She is politically and socially active and she has good name recognition. She and her family are also intersectional, which will help him appeal to different minority groups and the Hollywood crowd.

She also has a contract.

They have been getting along well and she now has a personal appearance contract. This is a good role for her. She is in it for the duration of the campaign.

So, you can look forward to them being a “couple” for as long as he is in the race.

Sounds like they are both in it to win it!

No word on what happens after the election. Would he keep her around? Make her First Lady? That would certainly be the role of a lifetime!

Our candidate is currently clean-shaven, but if you were wondering whether or not he would grow a beard for the campaign… you now have your answer!

Similar: In It To Win It

[Optional] What do you think of this strategy? Would you vote for this man? Please keep your comments civil.