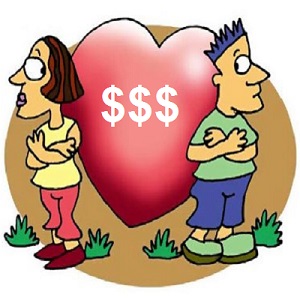 [Blind Gossip] This celebrity couple is running into money problems!

He’s an athlete and she is a singer. Each achieved fame before they met the other, so they each amassed their own tidy nest egg.

However, as a couple, they are fighting a lot over money.

He hates the way she handles money! She talked him into a few things and now he regrets it. He does not want to be part of deals as a couple or to even put real estate in both of their names. He has been talking to his business manager about restructuring his finances to protect them. She does not know about the meetings.

We do not know if this is just his way of protecting the money he has earned over the years or if he is preparing for a split.

[Optional] Do you think he is just being cautious or is preparing for a separation?