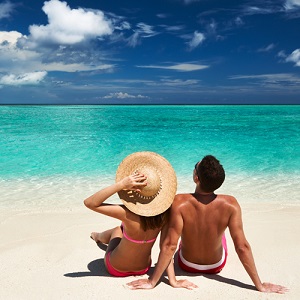 [Blind Gossip] We told you months ago that this very famous actor and his costar actress were going to pretend to date to promote their movie.

There were lots of incentives for them to do so, including a great big bonus if their relationship could help move it towards a franchise!

The actress’ real boyfriend – who is not famous – was cool about the whole thing. He agreed to step aside (in public) so that she could coyly tease/deny a relationship with the actor.

If you were watching carefully, you know that all of that did happen.

Well, except for the franchise part.

The movie did not do well at the box office. In fact, it hasn’t even made back its budget.

So you might assume that the fake relationship show is now over and the real boyfriend can come back into the picture, right?

[The actor’s] team wants to keep [actress] around until after [actor’s] next film is released at the end of the year. Something about “taking the stress off of [the actor]” so he doesn’t have to think about pretending to date someone new.

Know who IS getting stressed about this? The actress’ real boyfriend! He was planning great vacation and family events for him and the actress over the holidays… but now he may be on the beach until after the New Year!

No contract yet, but just watch to see who she appears with in public next. That will tell you which way the negotiations went!

[Optional] Should the boyfriend be a little more patient?